This is what is real Self-confidence!!


There was a business executive who was deep in debt and could see no way out. Creditors were closing in on him. Suppliers were demanding payment. 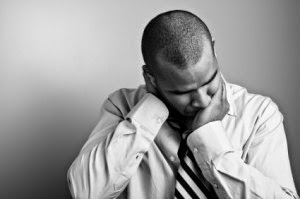 He sat on the park bench, head in hands, wondering if anything could save his company from bankruptcy. Suddenly an old man appeared before him. “I can see that something is troubling you,” he said. After listening to the executive’s woes, the old man said, “I believe I can help you.” He asked the man his name, wrote out a check, and pushed it into his hand saying, “Take this money. Meet me here exactly one year from today, and you can pay me back at that time.” Then he turned and disappeared as quickly as he had come. 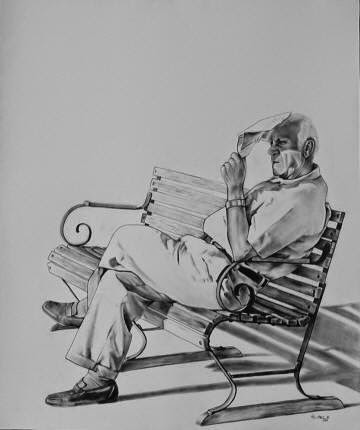 The business executive saw in his hand a check for $500,000, signed by John D. Rockefeller, then one of the richest men in the world! “I can erase my money worries in an instant!” he realized.

But instead, the executive decided to put the uncashed check in his safe. Just knowing it was there might give him the strength to work out a way to save his business, he thought. With renewed optimism, he negotiated better deals and extended terms of payment. He closed several big sales. Within a few months, he was out of debt and making money once again.

Exactly one year later, he returned to the park with the uncashed check. At the agreed-upon time, the old man appeared. But just as the executive was about to hand back the check and share his success story, a nurse came running up and grabbed the old man. “I’m so glad I caught him!” she cried. “I hope he hasn’t been bothering you. He’s always escaping from the rest home and telling people he’s John D. Rockefeller.” And she led the old man away by the arm. The astonished executive just stood there, stunned. All year long he’d been wheeling and dealing, buying and selling, convinced he had half a million dollars behind him. Suddenly, he realized that it wasn’t the money, real or imagined, that had turned his life around.

It was his newfound self-confidence that gave him the power to achieve anything he went after.
Posted by Aishwarya Prashanth at 10:51 AM No comments: 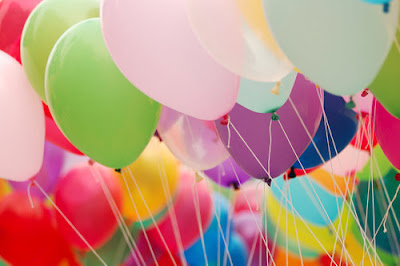 There was a man who made his living selling balloons at a fair. He had all colors of balloons Including red, yellow, green and blue. Whenever business was slow, he would release a helium-filled balloon into the air and when the children saw it go up, they all wanted to buy one. They would come up to him, buy a balloon and his sales would go up again. He continues this process all day.

One day, the balloon man felt some tugging at his jacket. He turned around and saw a little boy who asked,” If you release a black balloon, would that also fly?” Moved by the boy’s concern, the man replied gently,

” Son, it is not the Color of the balloon, it is what inside that makes it go up.”

The same principle applies to our lives: It's what inside that counts. And what's inside us that makes us go up is our attitude.

Posted by Aishwarya Prashanth at 10:18 PM No comments: 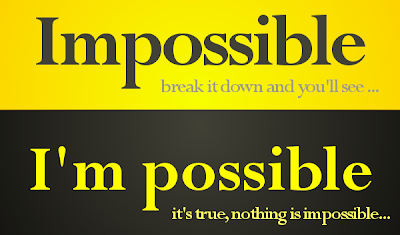 An old man lived alone. He wanted to spade his potato garden, but it was very hard work. His only son, who would have helped him, was in prison.

The old man wrote a letter to his son and mentioned his predicament.

I am feeling pretty bad, because it looks like I won't be able to plant my potato garden this year. I hate to miss doing the garden because your mother always loved planting time. I'm just getting too old to be digging up a garden plot. If you were here, all my troubles would be over. I know you would dig the plot for me, if you weren't in prison.

Shortly, the old man received this telegram "For HEAVEN'S SAKE, Dad, don't dig up the garden! That's where I buried the GUNS!"

At 4 A.M. the next morning, a dozen FBI agents and local police officers showed up and started digging up the entire garden without finding any guns.Confused, the old man wrote another note to his son telling him what happened and asking him what to do next.

His son's reply was "Go ahead and plant your potatoes, Dad, It's the best I could do for you from here."


"No Matter Where You Are In The World, If You Have Decided To Do Something Deep From Your Heart, You Can Do It. It Is The Thought That Matters Not Where You Are Or Where The Person Is"

Each step a challenge
Each day a joy
An unstoppable spirit
None can destroy
The worst you know
Is yet to come
To create awareness
This must be done
You have the reach
To change perceptions
And take the search
In new directions
And then emerges wondrous things
That restores your life within seven springs
Posted by Aishwarya Prashanth at 10:17 AM No comments:

Inspiration from the Heart